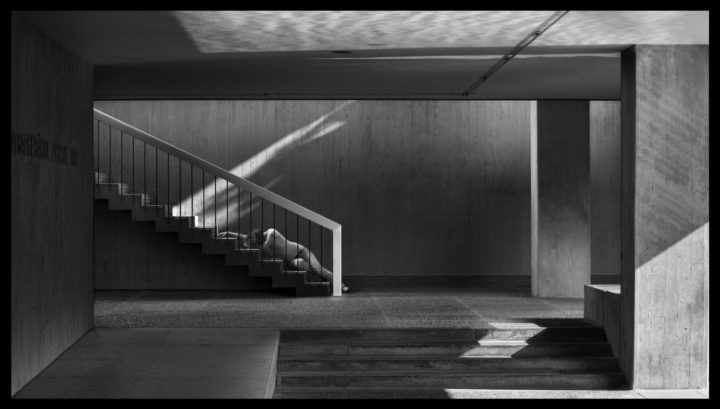 A couple of days ago, my friend Ethan Oelman, also a Switzerland-based photographer, has posted his new series simply entitled “Emotions”. As with any great project, this one really has got me thinking – about our ability to read and project emotions and also on my own approach to emotion in visual artwork, especially, emotion in photography.

Let’s maybe quickly take a step back and try to understand a little bit more about the “emotion transmission process” (said in a robotic voice). Oelman’s project experiments with the following premise: A person displays an emotional facial expression and we, the viewers, should be able to decode that expression without any further knowledge about that person or the reasons behind the person’s emotion. I’ve actually found that to be quite hard. How about yourself? Talking with Oelman, he wasn’t surprised about my struggle. The interpretations from his viewers have also diverged for almost every photo. Why is that the case? After all, we live in a world where emotions are symbolised in the form of emoticons in almost every message we exchange. The fact that these emoticons do exist would us lead to assume that the facial expression itself IS the emotion. But as Oelman has shown, this is a false assumption.

Lev Kuleshov created an experiment in 1910s/1920s where he showed what is known as “The Kuleshov Effect“: He edited together a sequence of film shots, where the viewer is confronted with the face of a man followed by another shot: a child in a coffin, a woman on a divan, etc. Depending on the second shot, the viewers interpreted the facial expression of the man very differently. It went as far as the viewers praising the acting ability of the man, Ivan Mosjoukine, when in fact his expression was identical in each shot. There is one element that’s missing in Oelman’s experiment and its absence makes it a challenge for us: Context.

One of my most recent photos, called “Reluctance” was created almost at the same time as Ethan produced his series. And by coincidence, my approach was the exact opposite of his. I challenge the viewers of “Reluctance” to read the emotion of the girl, without seeing her face. We see her pose, the direction she looks towards, the closed elevator door (the lift is here! open the door and enter!), and the shabby surroundings in contrast to her evening gown. Probably the most important hint I’m leaving the viewers was the title. Titles are very important – that’s why I sometimes change my titles three or four times during the period of a project (something that doesn’t necessarily bode well with my file organisation…).

Apart from the facial expression, the context and the title, there is a forth player that is just as important for the understanding of the role of emotion in photography. It’s the receiver, the viewer of the image. We would probably be shocked at how much of our supposed “perception” (received information) is actually “projection” (assumption, interpretation, wishful thinking, etc.). Projection is a both a blessing and curse in everyday communication. When we listen to someone talk, we constantly project ahead of their speach, we expect a sentence to end a certain way. Even if we only hear a fraction due to surround noise, by matching these fragments with the sentence we projected ahead, we are able to understand. But we sometimes hear what we want to hear… The same is true for images. We are projecting our own experiences in life into the image, more so than we think. For us artists, this means, we have to be very aware of the visual cues we are giving and how these might be interpreted. We have to remain open to other interpretations, because there is no chance we can ever create an artwork that is interpreted the same way by every viewer. I don’t think that’s a problem though – in fact, I love to hear different interpretations and learn from the differences in perception in a way that will influence my future work.

When showing my two images called “Separation I + II” to someone, I’m always fascinated by their responses and interpretations. In contrast to my image “Reluctance” from above, “Separation I + II” is the result of many months of planning whereas “Reluctance” happened by accident. However the emotional perception is a similar one. In both images, we cannot see any facial expression. Somehow this creates a tension that I find exhilarating. I first stumbled on this by looking at paintings by Danish painter Vilhelm Hammershoi whose images have an eerie quality about them, as he paints his models mostly with their faces hidden. There such a wealth of possible emotions in these absent faces, that the impact on the viewer is very powerful. Another reason why I like people facing away from the camera is the fact that, as a viewer, I follow the gaze of the person in the picture, seeing him/her look into the scene, leads my eyes into the scene as well and step into the image, so to speak…

In our attempt to successfully convey an emotion in photography, we are walking a narrow mountain passage with steep cliffs on either side. One cliff side leads down into the territory of misunderstanding, where our cues have been unclear, contradictory, misleading or simply too faint. And the other cliff side drops into the territory of behing too heavy-handed, too obvious, overacted, overdramatic, not believable and clumsy. Learning to walk that path without slipping takes years of experience and honestly, I’ve fallen myself many many times on either side. There is really no recipe to avoid that other than “brush off and try again”.