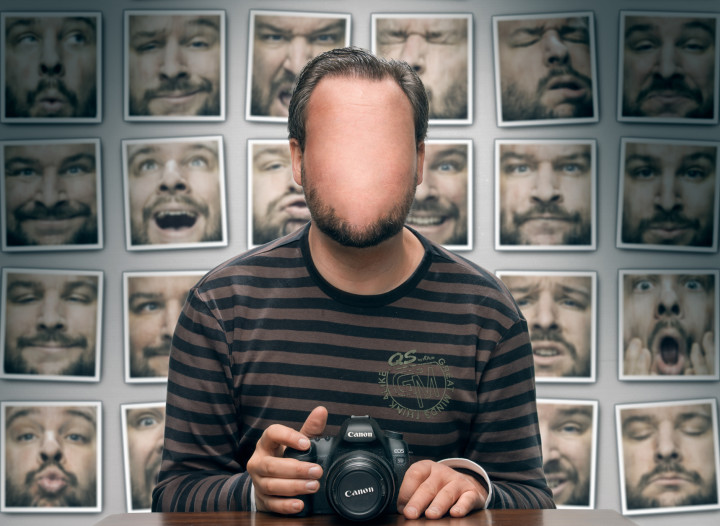 The Idea behind Overexposed

Native Americans believed that taking a photo of them would steal their souls. In this project, I tried to imagine a world where the loss of self due to exposure to photography is a physical fact. If you think about it, it not so far fetched after all. Just look at the media’s hunger for sensation, celebrities and gossip. A certain kind of press worker/photographer has been compared to a piranha before and people have often felt violated by their aggressive media vampirism.

The title is a play on the double meaning of the word overexposed. Of course for us photographers it means exposing your sensor (or film) too long to light, resulting in a washed out analog photo or blotchy white blobs in digital photography. But it could also mean the way we are exposed to our social environment, other people, criticism and scrutiny, etc. Overexposure in that sense can also lead to a sense of emptiness, feelings of inadequacy and loss of identity and self-worth.

I am sitting behind a short (low) coffee table with a laptop to my right from which I trigger the Hasselblad H4D-31 using the Phocus software. Luckily, there is a slight delay between pressing the “Capture” button and the shutter release, so I can get into position. Behind me are two large V-banks, for which I’ve written a do-it-yourself blog post recently. The model camera in my hand is my trusty old Canon 5D mark II, a piece of my soul on its own. Sadly, since I got the 6D, I hardly ever shoot with the 5D mark II anymore, so I thought it deserved a little time in the spotlight.

There are three studio strobes in place, all Elinchrome D-Lites.

This is my first “official” picture with a digital medium format camera. And there are multiple reasons why I love it. X-Sync Speed of 1/500s and up, can go as high as 1/800s in the right conditions. The look of the images, not just the colors but this wide, illustrative look. Dislikes: Heavy, ISO goes beyond 100, but you shouldn’t use it and of course a crinchworthy investment. Eventhough it’s the smallest of the H4D series, the files are still huge (coming from a 20.1 MP 6D). My Photoshop crashed like 5 times because it couldn’t handle the 40 layers  needed for this composition. I have to rethink my workflow a little bit for this one. A bit more systematic and controlled. Which in the end is a good think anyway :).