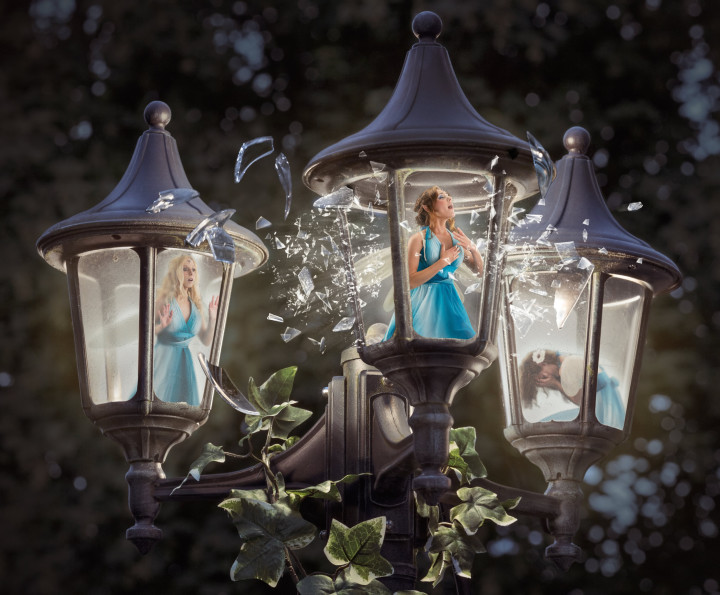 The idea for this image found me one night, while I was sitting outside in the little Italien Restaurant around the corner. They feature these beautiful old triple lamps and my mind wandered off to some other world, where there are living creatures trapped inside these lamps. From there on, the story started to grow…

The luminous people are a subspecies of fairies that become luminescent at dusk and remain active until the early morning hours – much to the disgruntlement of the human folk. Because due to their nature, the luminous people don’t just glow, they also sing high-pitched songs, which probably sound beautiful to their own hearing, but are very irritating to human ears, especially when trying to get some sleep. That’s why most humans call them just “night pests” and catch them with sugary water and butterfly nets and put them inside lanterns or other glass containers. Not only do they provide a faint but free light source, their confinement also reduces the luminous people’s songs to silent sobs which are nowhere near as offending to the human ear. One day a brave and talented young fairy takes all her courage to use her gift of singing to set herself free and start the resistance against the captivity of her people.

Shot in July 2013 in Zurich Switzerland

Link to the full-size version