“When I stand right here and look upon the murky waters, imagining that I see the distant lights of his returning boat, I can still feel the warmth of his parting embrace… so many moons ago.”

(Partially inspired by the song “My bonnie is over the ocean”)

While “photo hunting” in the woods near where I live I discovered this little pond with an old drainage pipe which reminded me of a tunnel for a mythical creature. I returned the following week and lit it using an Elinchrom Ranger RX on a boom. I kept the light rather hard, because it was supposed to mimic moonlight. I took several shots following my zone-lighting approach to lighting and then back home composited them back together. The Tunnel was lit by placing the ranger head inside the tunnel. I do hope that no animal was living in there, I probably would have scared the hell out of it by blasting it with light. I kind of knew already what story I’d like to go for. Initially it was something with a boat, but then I decided I actually just wanted to hint at a boat with an empty boat pole. So I quickly crafted it out of a piece of wood and an old keychain ring. You can see it in the bottom right corner of the image. In retrospective, I might have been easier to go out and shoot a life-sized ship pole on lake Zurich…

A couple of weeks later, Sabrina joined me in my studio. She would play the part of the fairy. Sabrina is the perfect fairy, as seen in last year’s project “Deliverance of the Luminous People” (https://obsoquasi.ch/wp-content/uploads/2013/06/deliveranceoftheluminouspeople.jpg). Not only has she an elf-like appearance, she also actually operates an shop for elf/fairy accessories. So The choice of clothes, jewelry and styling was easily made with her support.  The lighting for her was a combination of rim light, very soft fill and actually some green-tinted hard light from the bottom (mimicking the moonlight reflecting in the pond). The latter was done by shooting a window-green gel’d flash into a mirror lying on the floor. I learned that while lighting from the bottom IS considered unappealing, it actually works VERY WELL if combined with rim light, because it gives a nice counter-balance to the rim. 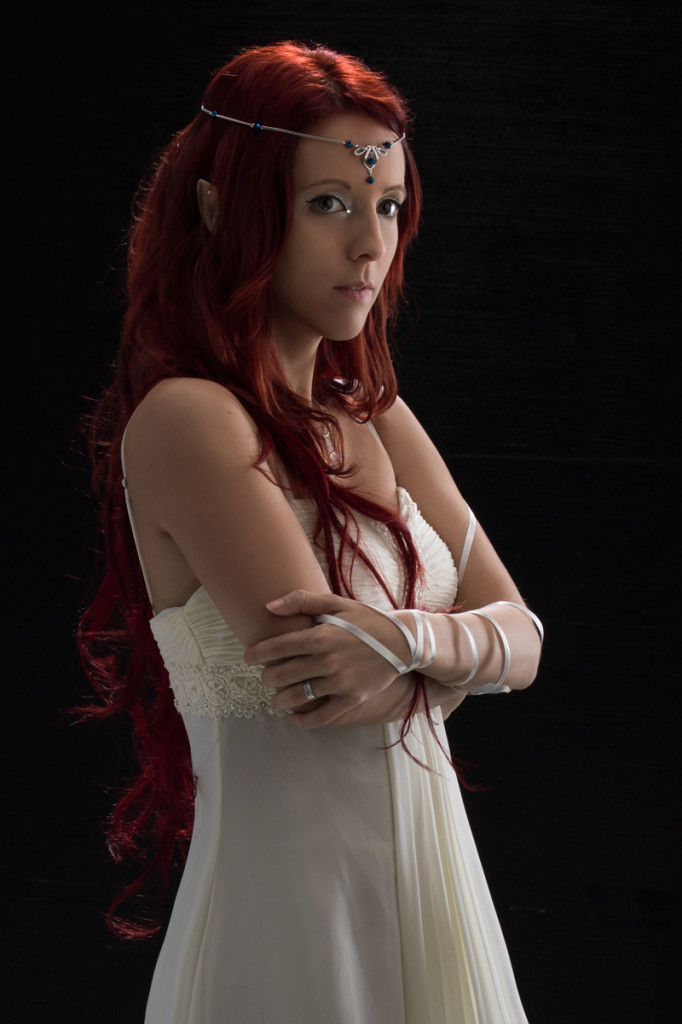 Next step, editing. I had a couple of problems here. First one, the fairy’s placement inside the frame – the closer the better we can see her expression, but she needs to be small enough to conform with the size of the tunnel in the back.  The second problem is the brightness of the fairy in relation to the plate (background). Again, brighter would be better in order to see her expression, but too bright and the fairy is not visually part of the surrounding anymore. The contrast mustn’t be too great or the fairy just looks “cut out”. I ended up adding misty fog to the bottom and dust particles (in light rays) behind the fairy. This brightens the background around the fairy and so her being brighter doesn’t seem so off anymore – it actually makes sense, because she is standing in a beam of light. Another problem was the plants in the middle ground. The way the field was lit, it drew a lot of viewers attention. Matte painter Christian Gerth suggested I just light the top end of this field and let the rest fall more into darkness.

I had a lot of help and suggestions from my friends and I’m ever grateful for all of them!

Plate shot: Canon 6D, EF 70-200mm F/2.8 IS II on a manfrotto tripod triggered with EOS Remote app on the iphone while lighting the scene with an Elinchrom Ranger RX 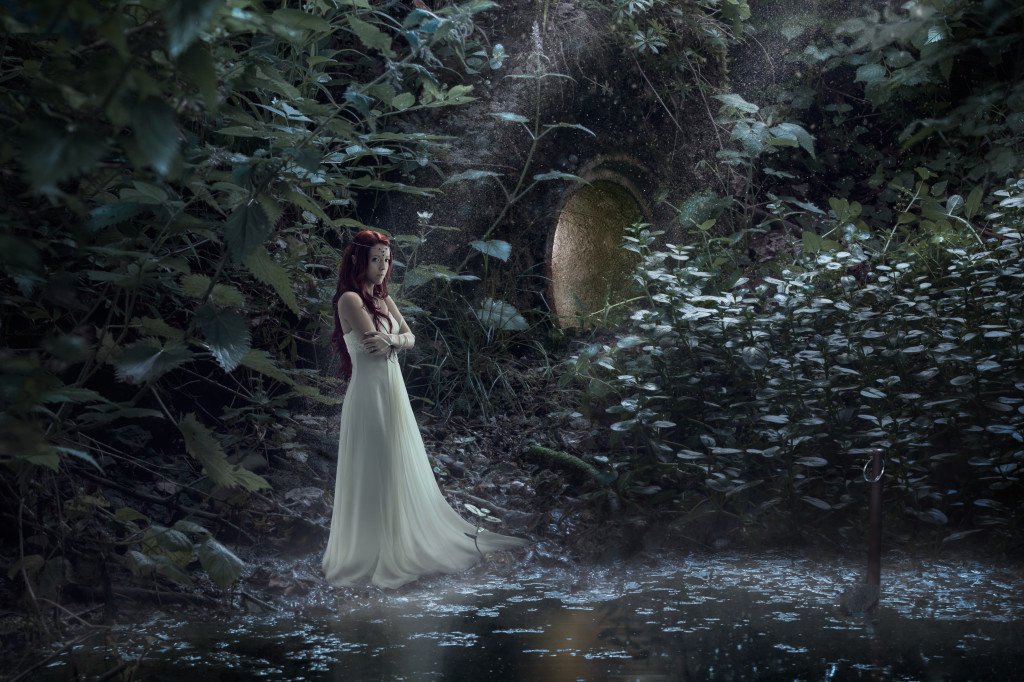