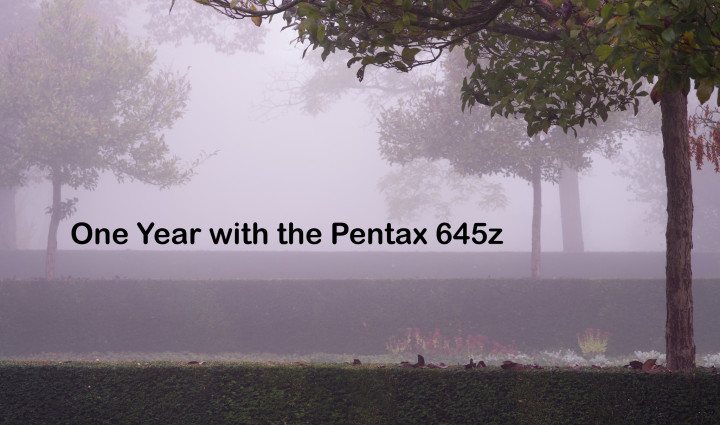 A little more than a year ago, I replaced my Hasselblad H4D-31 with the then brand new Pentax 645z. The reviews of this camera were (and are still) raving. “The perfect camera for wedding photographers” Gavin Cato calls it, “the best stills camera I’ve ever used” Jaron Schneider. It has won numerous awards and continues to do so a year after its release.

I’d like to give the camera a little bit of a more critical look based on my experiences in the last 13 months. It might come as a shock to you that I was almost at the point where I considered selling it and getting a Sony A7RII instead. But I’m glad I stuck with it.

Pentax 645z  – usable like a 35mm, but with true medium format image quality

The Hasselblad was never my main camera, I’m predominantly a Canon shooter and I only used the Hasselblad in the studio together with powerfull strobes. The thing is, you do need very powerful strobes because a) the Hasselblad’s CCD sensor looked fantastic only at ISO 100 and maybe 200, but after that, the files quickly become completely unusable and b) having a medium format sensor, the depth-of-field is shallower than on full-frame DSLRs. So while on a 5Dmark3 I’d be content with F/5.6 or F/8, we are talking F/11-F/16 on a medium format sensor. So consequently the flash power has to be four times as strong. While this is still true on the Pentax 645z, it uses a Sony-built CMOS sensor (the same that’s also being used in the current Hasselblad and PhaseOne medium format systems) which gives it MUCH better low-light capability. I recently shot a scene in the forest, which I underexposed on purpose to retain as much highlight detail as possible. The lower half of the image therefor was completely black on the camera back. But eventhough I shot it at ISO 800, I was able to pull back all of the shadow detail, almost without any noise. On the 5Dmark3 this would be impossible! 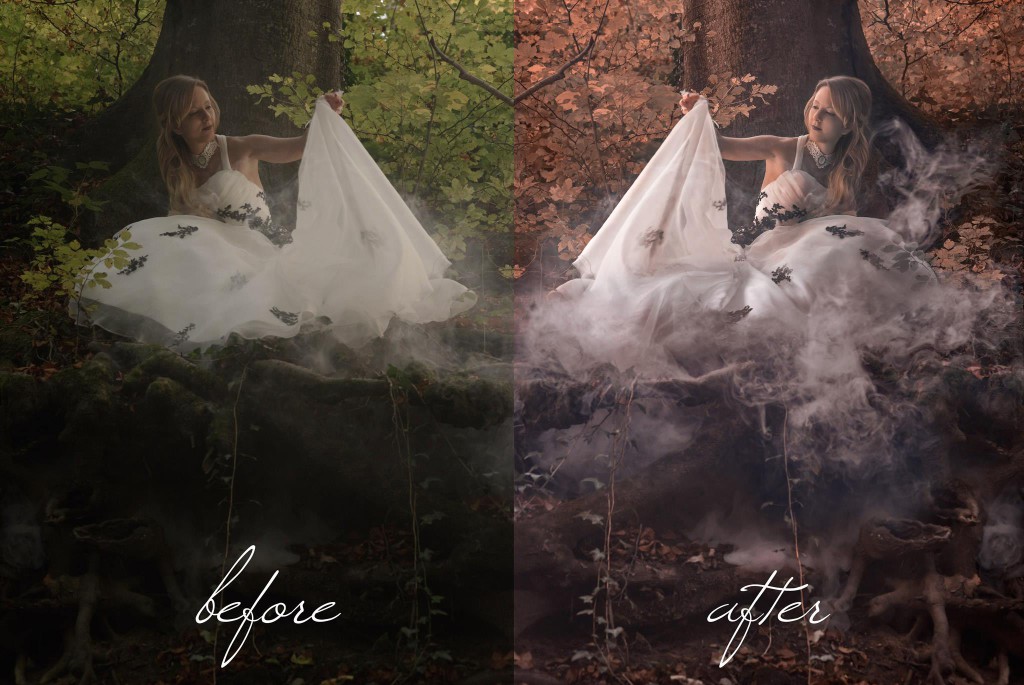 So why is it that I still wasn’t content with the Pentax 645z at first? Here is why. Canon does an excellent job in many features of their cameras, but in comparison with the Pentax, one feature (or rather “quality”) stand out for me. Canon delivers excellent colors out of the box. The colors are well separated, have beautiful vibrance and have hues that are very close to what’s in front of the camera. All of that of course given the exposure and the white balance are set correctly. And if that’s not enough, the X-Rite Passport ColorCheckr has been a companion of my Canon cameras for the last 5 years. So you could say, out of the box, Canon delivers good to excellent color results without any additional post-processing. The same thing cannot be said for the Pentax 645z. The images straight out of camera look quite flat, the colors appear to be pushed together and the image looks overall a little bland. It’s only when you realise that this is actually a consequence of the much higher dynamic range, that this starts to make sense. Since the Pentax 645z has much more information between pure white and pure black, it’s actually more than a computer monitor can handle. This not only affects the colors, but also the contrast. Straight-out-of-camera the files look too contrasty with a lack of mid-tone contrast. This can be a hinderance while culling through a shoot, because you can’t rely so much on your “stomach response” when looking through your shoot. But, and that’s actually a tremendous “but”, if you are willing to do some extensive post-processing, you can extract a TON of shadow and highlight detail, as well as the mid-tone contrast, color subtlety and more. It’s however not something that can be achieved simply by “a good RAW workflow”, you have to dig deep with photoshop, preferably with luminosity masks, curves, blending modes and the whole bag of tricks.

The first few months, when I went out scouting for projects, I always came back excited but found myself being rather underwhelmed by the results once they were imported. Because the OOC files didn’t inspire me to move on, I didn’t continue processing a lot of these sessions, which is fine I guess. After all, I needed to be some practise just using the camera anyhow. But after some studio sessions where I forced myself to go through with it and use the Pentax 645z and then really work with the files in Photoshop, I was blown away and still am today every time I add a drastic curve to lift the shadows. It all comes down to this: This is not a point-and-shoot camera and it requires a good deal of experience and know-how to make the best of it.

[UPDATE] Finally the newest version of XRite ColorCheckr supports files larger than 40 MB. This is great news for 645z owners. I have only tested superficially if it works, and it seems to do the job. What I can recommend though is HueLight’s custom color profiles for the 645z. They cost 15$ (for a whole package of profiles) and they are absolutely worth it. 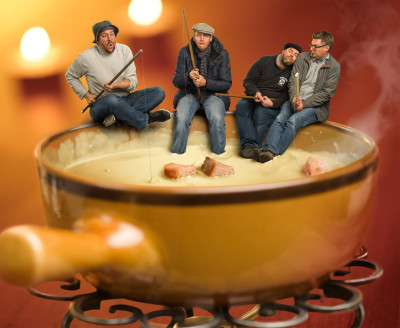 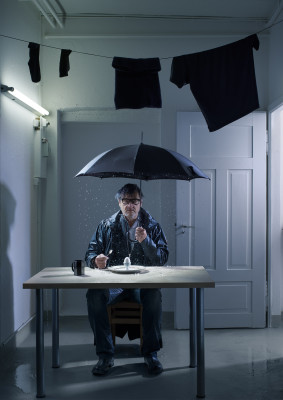 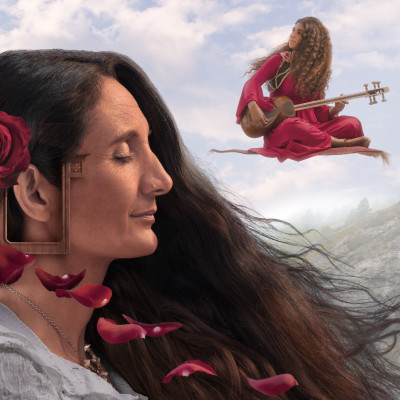 The other problem I’m having with the 645z is the lens selection. There are basically two classes of lenses you can get for the Pentax 645z, older/cheaper lenses and newer/much more expensive lenses, like the 90mm macro. I didn’t want to spend 3000-4000 CHF/$ on a single lens, when I had already spent so much on the camera body. And the thing is, you really don’t have to! While not all of the older/cheaper lenses are sharp enough for the 645z’s 51.1 megapixel, there are quite a few that are absolutely usable if not excellent:

smc A 35mm F/3.5: Manual focus lens, but still very sharp: 4 stars. Can’t currently find a 2nd hand price, but the FA version that has the same sharpness costs 1000$ from Japan’s second hand dealers. Pentax just released a new version that’s around 2000$. To be fair, I don’t shoot wide angles, and when I do I prefer to do it using panorama stitching. But more on that further bellow.

These are the older/cheaper lenses I can highly recommend. There are others, but none of them are sharp enough for the 645z.

If you’d be willing to spend a lot more money, check out Pentax’s new lens line-up. To me the 90mm macro looks great! And one day I might consider buying it, even though its’ over 3000$. But hey, on the other hand, if we peek over in PhaseOne and Hasselblad land, 3000$ for a lens is actually a bargain. So it’s all relative. For someone completely new to photography, paying over 200$ for a lens is a big investment too…

As for speciality lenses, like tilt/shift and leaf shutter lenses, Pentax basically told us, they won’t make new leaf shutter lenses (they have one ancient 90mm LS lens). T/S lenses are avaiable via third party adapter makers like Zoerk (https://zoerk.de/) and Mirex (https://mirex-adapter.de/). I have no experience with these though.

Solution to the limited lens selection

I recently experimented with what is currently best known as the “Brenizer Method”, but in reality is something that has long been done by others under the name panorama stitching. Basically, you shoot overlapping frames (keeping all the camera settings identical from shot to shot!) and then merge these together in Photoshop using the “Photomerge” feature.

These are some excellent reasons in my opinion to make use of this technique. However it does affect the pre-production considerations a little. If strobes are used, you have to carefully plan for this technique. I often light a scene multiple times, repositioning the lights. This of course causes problems when the camera isn’t fixed in one position. My suggestion would be to keep the lighting constant when using stitching. 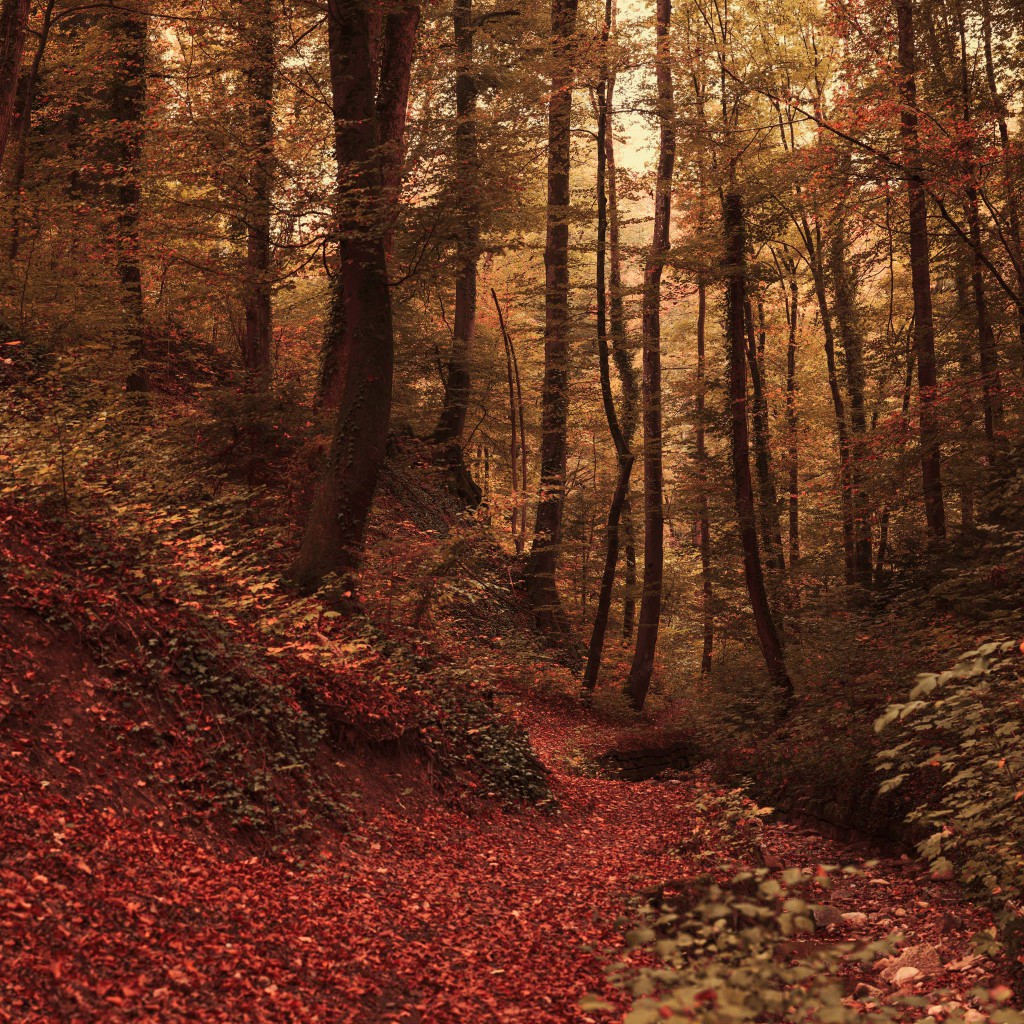 There are two more points that had me struggling with the 645z, one is the number of focus points and even more importantly the amount of screen they cover in the finder. While the Hasselblad had only a single usable focus point at least their “true focus” feature would let me use that single point and recompose with it. “True focus” calculates the focus shift introduced by panning/tilting the camera (measured with an internal gyroscope). This is done based on the lens used and focus distance chosen. I’ve touched on that subject in my rather theoretical blog article on “methods for focus and recompose”. But Pentax works like a regular DSLR in this regard. So these few bunched up AF points in the finder really don’t do the trick for me. So I find myself often going to live view to do the focusing. And live view is rather slow and a little cumbersome in the Pentax 645z. But I got used to it. So it stopped being a bad thing. Actually no, I’m lying, it still is.

The last thing I “thought” would be a problem is the max X-sync speed. This means, shooting in bright day-light AND using flash at the same time will be an issue. On some bright days 1/125s at ISO 100 is simply not fast enough. This can be compensated however with two approaches: a) use a ND filter to stop down the light entering the lens and b) use Priolite’s set of strobes in conjunction with their new Hispeed triggering system. https://www.priolite.com/en/home.html. They just released a portable product with a very attractive price (sub 1000$), the downside with the new Priolite MBX300 would be its low max power setting of 300 Ws, which can be too low for reasons mentioned above.

Here’s the thing for me though. I never shoot outside on bright sunny days. Even if exposure wouldn’t be an issue, I don’t like the contrast on these days and neither do you, right? Isn’t that one of the first things we’ve learned, overcast days are much better for photography, nicer colors, more shadow detail, etc. And under these weather conditions, 1/125s is more than enough. As for shallow depth-of-field portraits, these aren’t really my thing, as I prefer to let the background be part of the story. However the problem here isn’t as drastic as it is with 35m cameras. F/2.8 on medium format already gives you quite a shallow depth of field with beautiful bokeh. Now F/2.8 is still a large aperture, but compared to F/1.4 of a 35mm nifty fifty lens, it’s two stops darker.

To sum it up, it took some time for me to warm up to the 645z and truly recognise its potential and limitations. I don’t take it with me on wedding assignments. I don’t take it with me on event assignments. And if I need some sort of quick tethering, I much rather take the Canon 5D mark III with a CamRanger with me. How about video? Well, to be honest, the 645z’s video footage looks absolutely awefull! I honestly don’t know what Pentax was thinking – I can only assume it was a marketing thing “first medium-format camera to shoot video!!!”. It looks bad, the file compression sucks too, so it’s basically a “no-show”. However like I said, these things weren’t the reason I bought the 645z, I wanted the best image quality and that’s what I got. I’m keeping this camera probably for a long time and I’m sure (or at least hoping) it will mature well with me :). 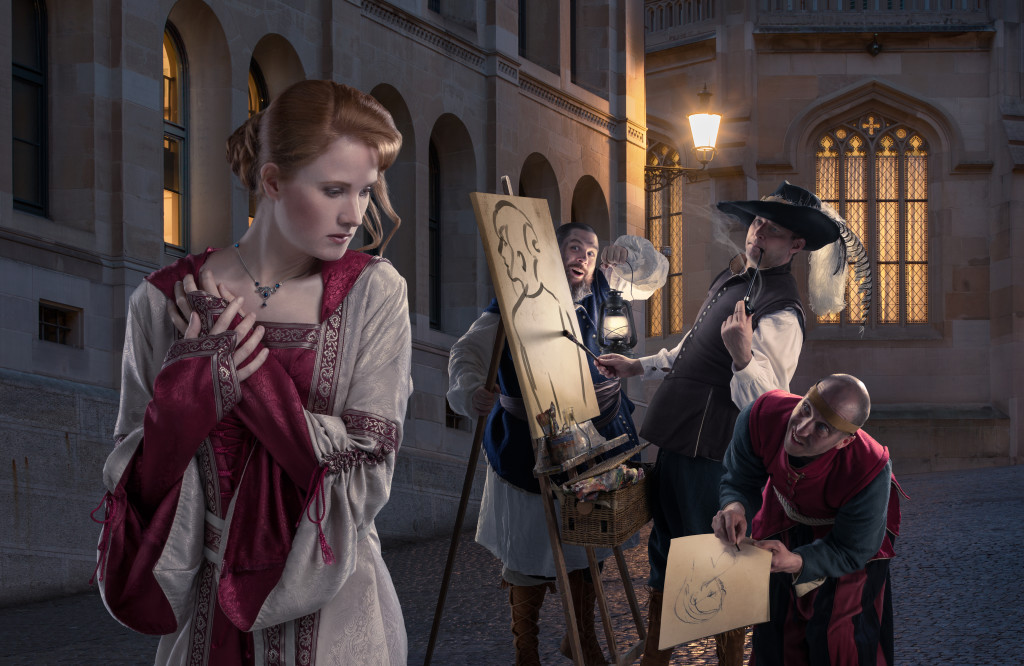